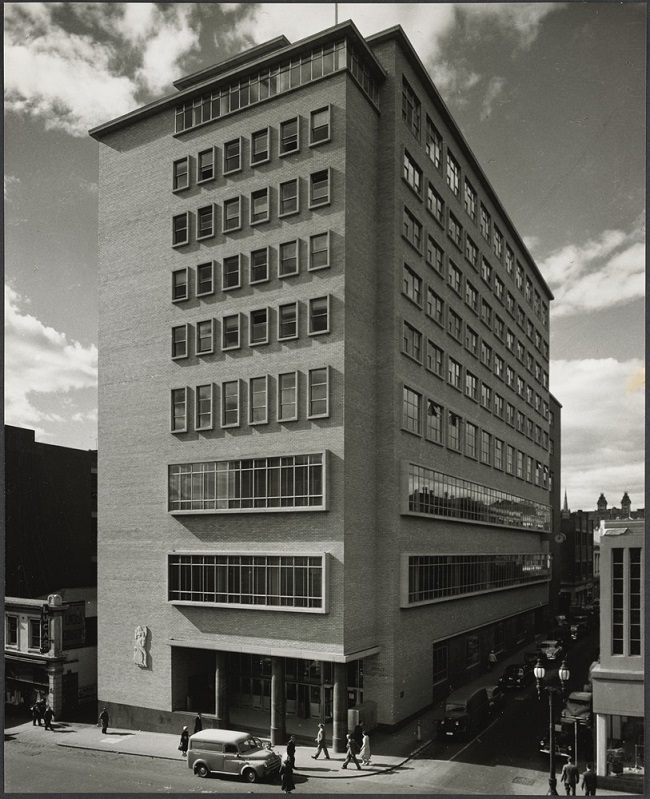 Construction took five years, with the result that its interlocking cubic design, projecting glazed panels and cream brick appeared dated when it was finally completed in 1954. Another exchange at 378 Flinders Lane (1952-54) follows a similar compositional palette. 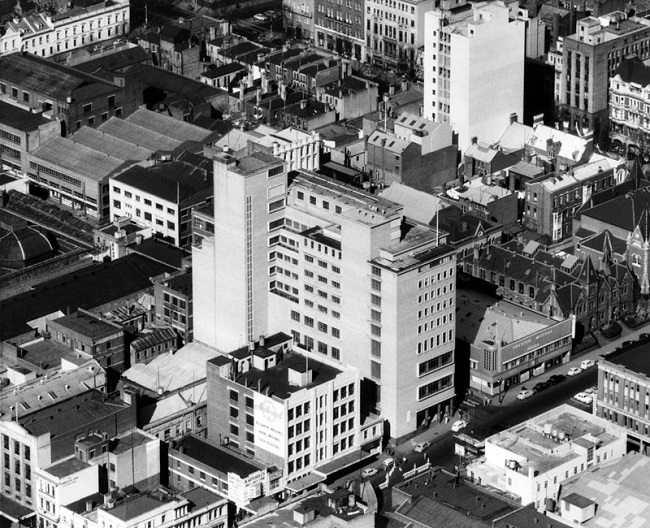 Outside a bas-relief sculpture mounted on the cream brick wall above the footpath was a mannered ornamental inclusion beneath large first- and second-floor glazed panels that, in functionalist fashion, revealed the machinery of the exchange within. As the exchange is located on Russell Hill, in 1956 the building gained special status by briefly serving as a relay station for newly arrived television.

In 1999 the building was converted into a variety of differing boutique apartments with retail at the ground and basement levels. Works were completed in 2001. The sustainable renovation and add-on concept was the work of well known Melbourne architect, Nonda Katsalidis. 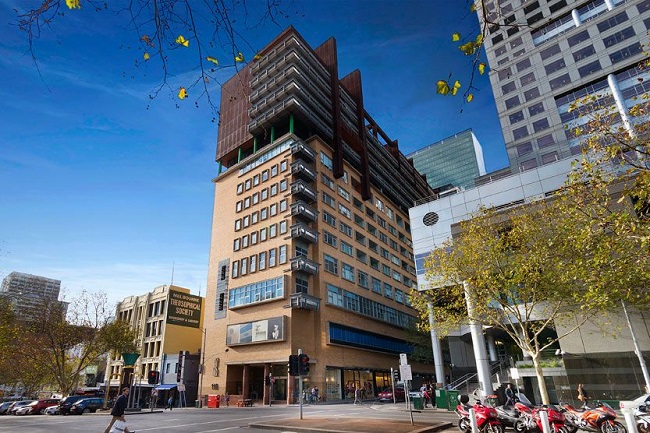 In 2008 an initial environmental review was undertaken. As a result today Hero Apartments residents can be proud to have the following solutions implemented at their building: 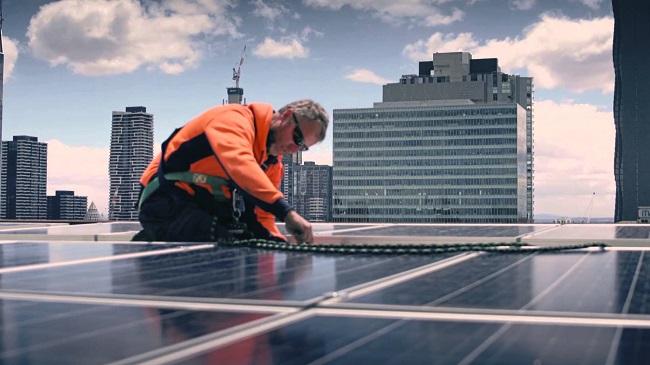 Further to this Hero Apartments have a prominently displayed public art on the Russell Street front wall – Bushrangers by Raafat Ishak. The artwork is based on William Strutt’s 1887 painting titled Bushrangers. 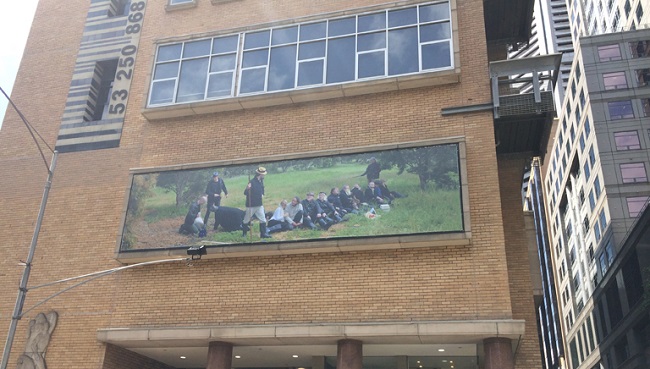