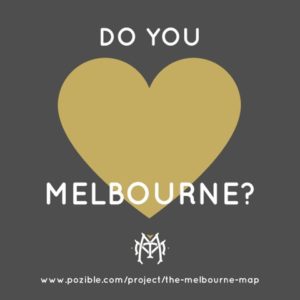 If you told me 26 years ago that one day I could meet you at the corner of Bourke and Collins Street, I would never have believed it. 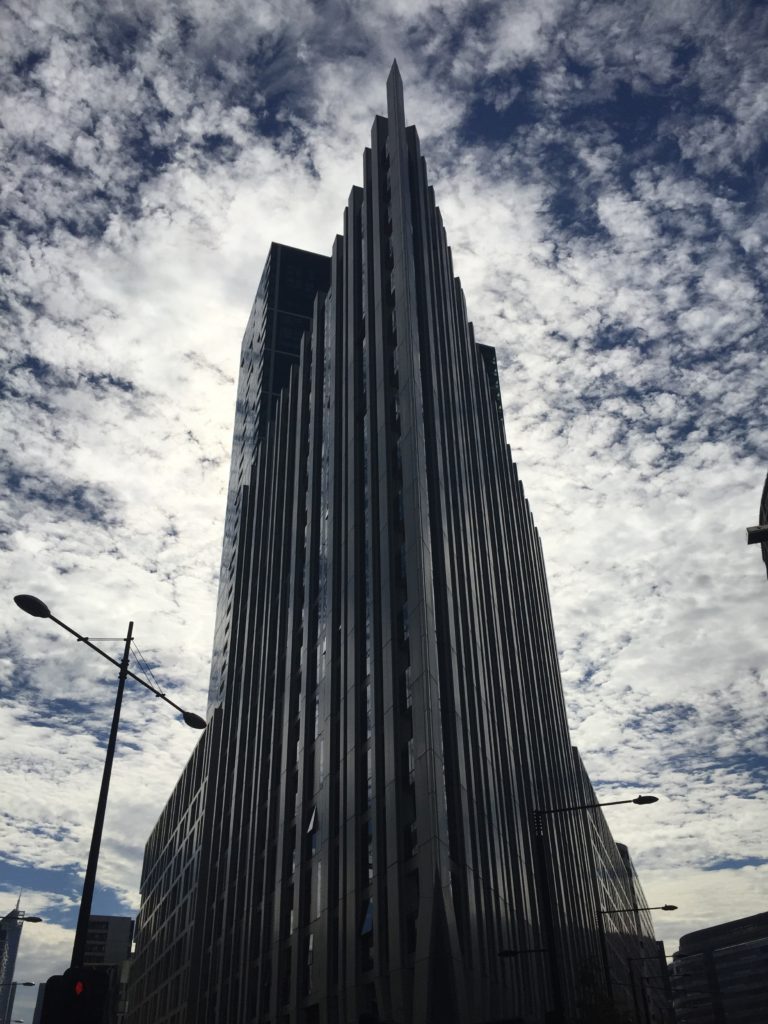 A striking photo of the Corner of Bourke & Collins Street

Melburnians have also moved into the CBD to live – postcode 3000 is quite possibly the fasting growing residential suburb in Victoria with 35,000 people now living in Melbourne’s city centre.

These changes have become particularly significant to the creators of The Melbourne Map.

If you were around in the early 90’s you might remember an extraordinary illustration of Melbourne produced by Melinda Clarke and Deborah Young. 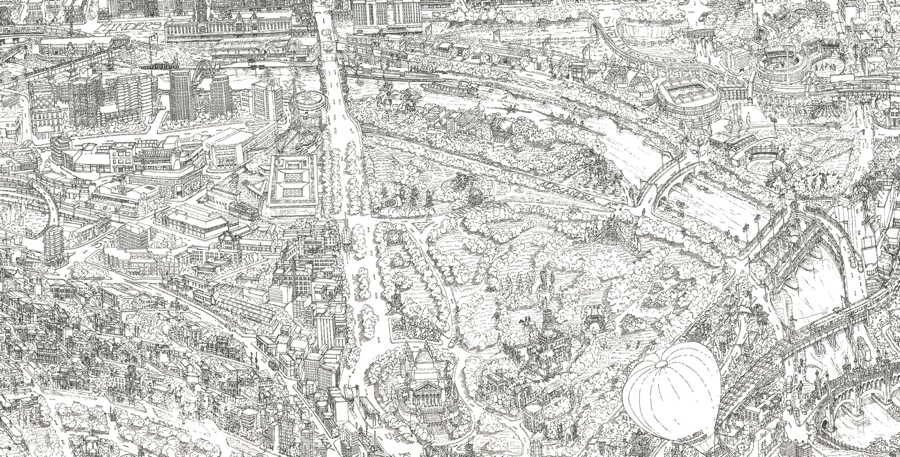 In 1991 the image was updated, hand coloured and published as a jigsaw puzzle and poster print, which were framed and loved locally and internationally. 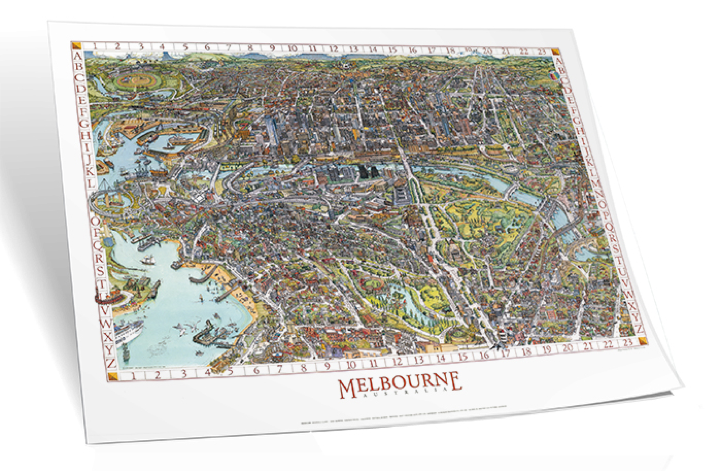 A search through the State Library’s map archive will reveal that prior to 1990 Melbourne had not been documented in such detail since 1880. 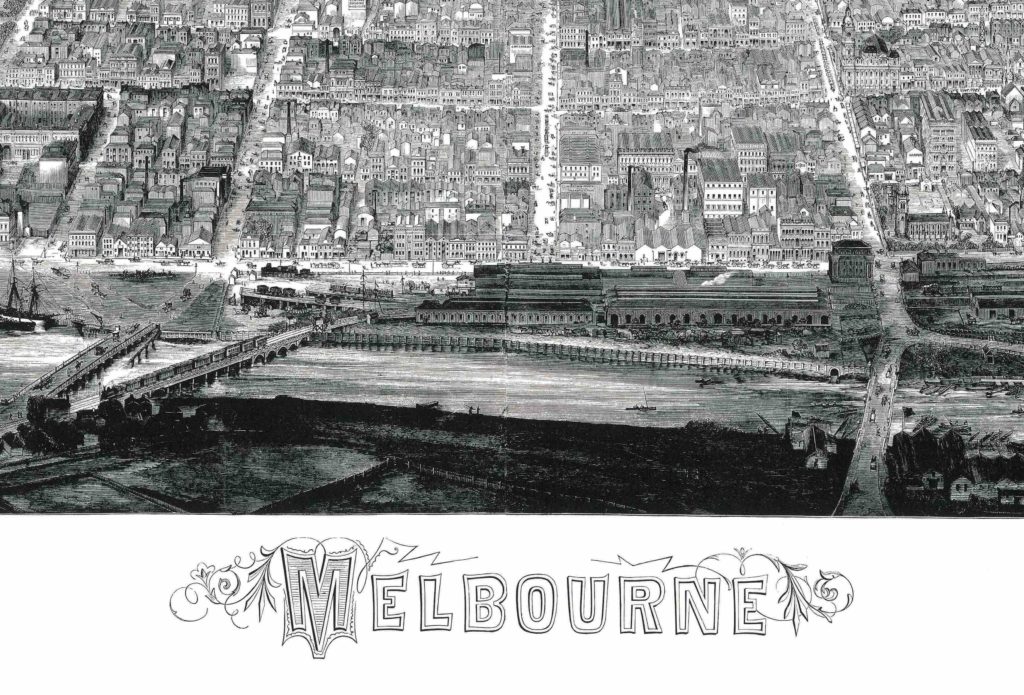 A section 1880 Etching of Melbourne by Samuel Calvert, from the illustration by A.C. Cooke

These changes, along with many enquiries about an updated Melbourne Map prompted Melinda Clarke (Founder & Producer) to consider taking on this mammoth task once again. This is an art project on a grand scale and apart from the immense production costs (well in excess of $100K) the research, illustration, meticulous detail, patience and persistence required is mind-boggling.

Melinda contacted the original illustrator Deborah Young to gauge her interest in contributing to the project and she joyfully accepted the challenge to be involved. Melinda also recruited a new illustrator, Lewis Brownlie. 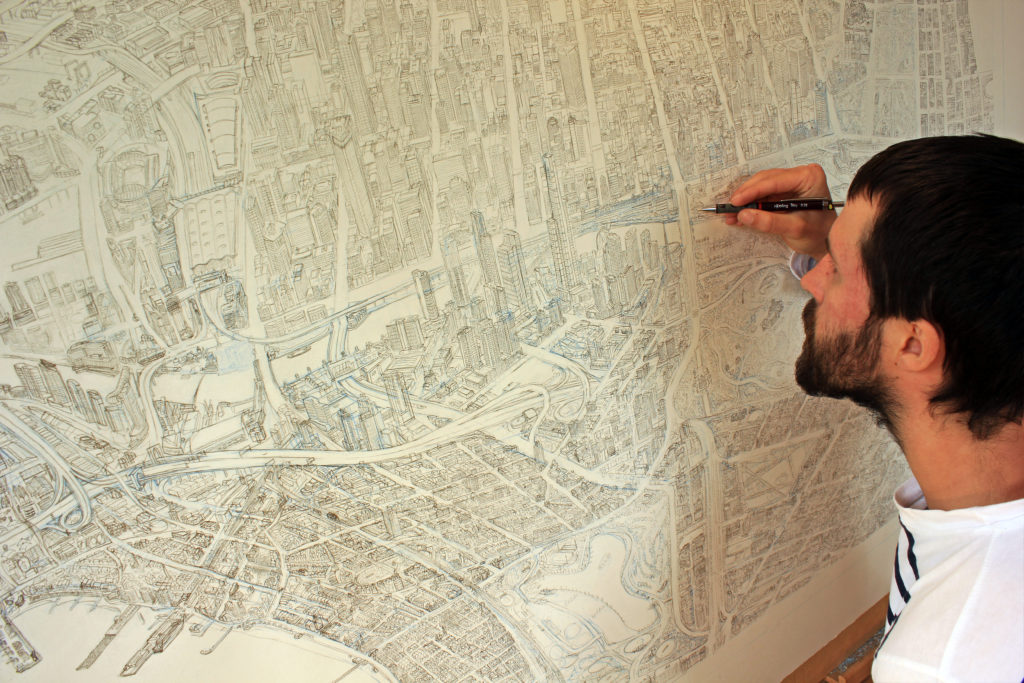 The Melbourne Map project has now been in the works for several years and is due for completion later in 2017. The illustration captures the CBD and a 5-10km radius. The trio research every street on the map, driving or walking and taking many thousands of research photos. Online research and aerial photographs available on the web also assist.

This is a stark comparison to the “old days” before the benefits of digital technology and the Internet. In the late 80’s, Melinda flew in hot air balloons taking reference photos with her SLR Camera. In total 7,500 photographs were developed, printed and stuck together with tape to use as reference for Deborah’s original illustration. 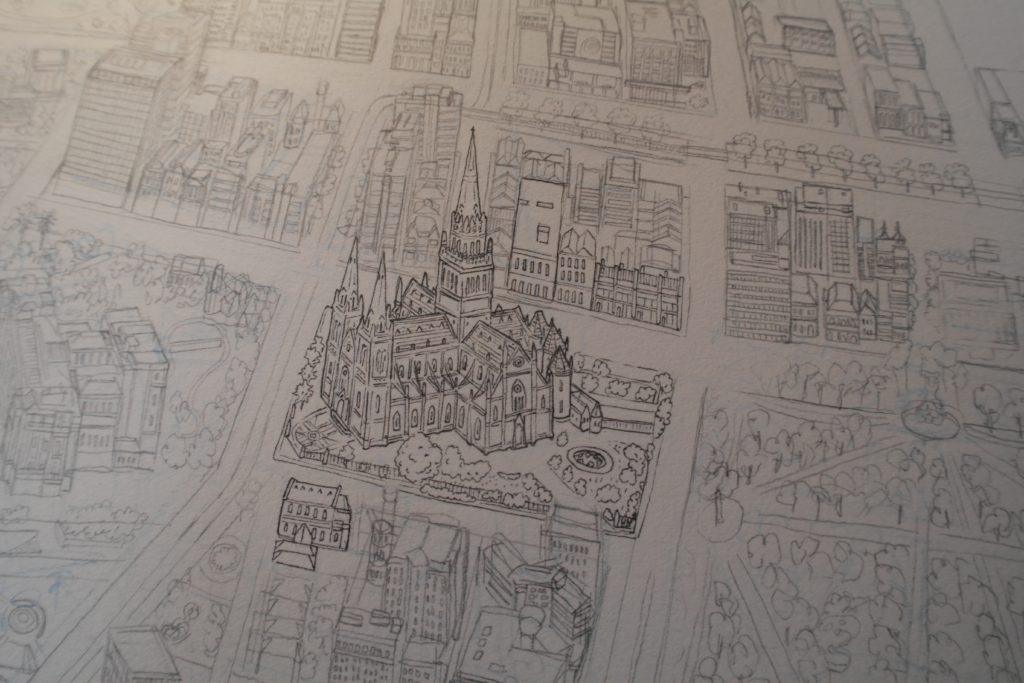 Some close-up detail of St. Patrick’s Cathedral, the first building to be inked on the drawing

Look closely and you’ll see the intricate hand drawing of buildings and landmarks, including the bustling activity and lifestyle in and around Melbourne. You may find your home, the building you work in, the places you frequent – The Melbourne Map takes you on a journey of familiarity and discovery.

To fund the new map, Melinda mortgaged her home, convinced that Melburnians will once again embrace the illustration as they did back in the 90’s.

Her predictions have been somewhat proven already with the initial support of a recent crowd-funding campaign launched in early April, a full colour two-page spread in The Age, interviews on ABC radio and Channel 10 news has helped Melburnians discover the project and give it a much needed boost.

Melinda has been invited to speak at a Residents 3000 event in the future so you will be able to discover more in-depth details then.

The crowdfunding campaign, ends on Wednesday 3rd May 2017 and gives supporters the opportunity to pre-purchase the Limited Edition and Art Prints at special early bird rates.

There is still time to participate and get your own copy by heading to www.pozible.com/project/the-melbourne-map with additional information about the project and the team on The Melbourne Map website.