In August 2017 the Victorian Government launched a campaign inviting naming suggestions for the five new underground stations being built as part of the Metro Tunnel Project. By the time the public submission process drew to a close on 22 October, the Government had received over 50,000 suggestions.

The enthusiasm with which Victorians took part in this process is testament to the level of public interest and anticipation that surrounds the Metro Tunnel Project.

The Government released details of the new station names a few days ago, and the final choices reflect the strong desire from the public for names that reflect the locations of the stations, so that passengers know where they are on the rail network.

The two CBD stations will be named after nearby landmarks, with CBD North now known as State Library, and CBD South to be re-christened as Town Hall.

The station near the hospital, education and research precinct will continue to be known as Parkville, while the station close to the Shrine of Remembrance will be named Anzac in honour of all Australian and New Zealand service men and women.

In regards to many of the Aboriginal names submitted, and those identified as suitable through direct consultation with Traditional Owner Groups, the Government has indicated it intends to consider these names when identifying other elements of the Metro Tunnel Project, such as the new public open space and parks created by works around the new station precincts.

People whose entries were chosen as the eventual station names will go into a random draw, with one winner for each station to receive a future exclusive behind the scenes tour of the Metro Tunnel worksites and the massive Tunnel Boring Machines. 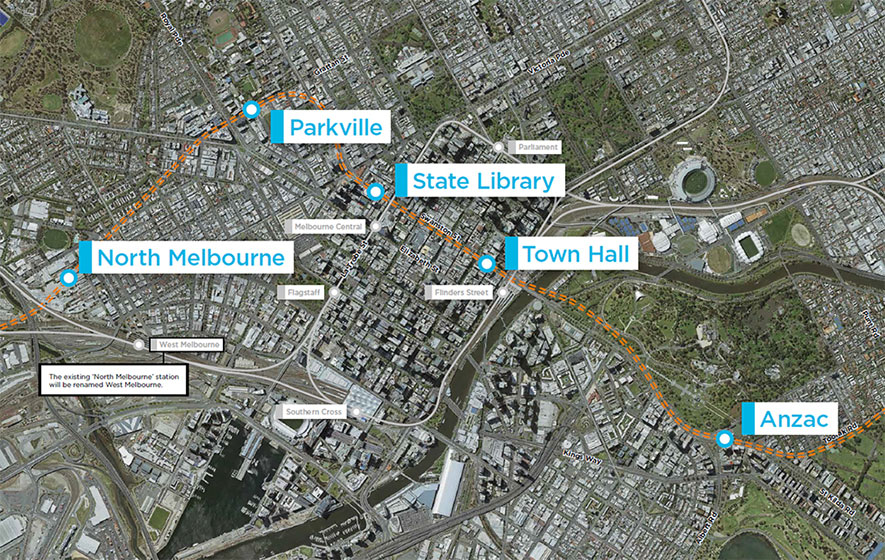