The Metro Tunnel is a huge project for Melbourne. Find out all about the beginning works in the CBD North Station area at the first meeting of Residents 3000 for 2017 is on Thursday 2nd February at 6pm.  The venue is the Kelvin Club – 14-20 Melbourne Place off Russell Street.  Refreshments will be provided after the event. Members are welcome for Free. Non-members are requested to contribute $5 to cover the venue and refreshments costs. 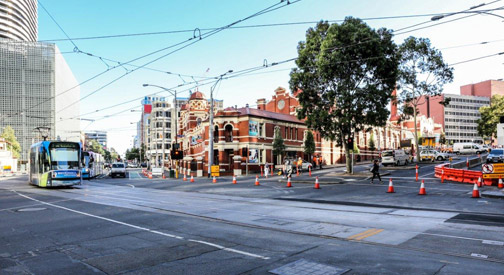 Work has started in the CBD North area in preparation for major construction. To facilitate work Franklin Street and A’Beckett Streets have been closed and Stewart Street has been opened for one-way northbound traffic from A’Beckett Street. The works include relocating and protecting utilities such as gas, power and telecommunications services.

We are pleased to welcome the following presenters/speakers who are specialists in particular aspects of the CBD station developments and the construction details.

Also attending from the Melbourne Metro Rail Authority will be: 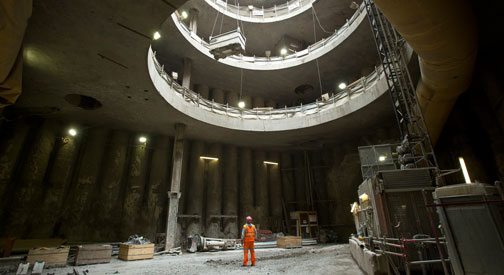 Our Metro Tunnel project has now been added to the Federal Government’s Infrastructure Priority List as a High Priority Project. Key personnel from the Melbourne Metro Rail Authority have also visited London’s Crossrail project (see photo) earlier in the year to learn how their engineers were able to overcome the challenges of tunnelling under busy inner city environments, including some of the oldest public gardens in the world.